Shares
2012 was one of the best book years I can remember. So much great stuff crossed my desk this year, and I still haven’t touched some of the year’s most talked about fiction– Adam Johnson’s The Orphan Master’s Son, Louise Erdrich’s  The Round House, A.M Homes’ May We Be Forgiven, Peter Mountford’s A Young Man’s Guide to Late Capitalism, and Lauren Groff’s Arcadia, all of which are on my plate for 2013. Nonetheless, I read a ton of great fiction this year, which made compiling this list a tall order.

A dude looks back on his life, as he’s being crushed to death by a stuffed bear. What’s not to love? Griffith is having a delightful time with language, and it’s contagious. A little bit of Portis, with a modernist slant. I admire Griffith for having the balls to write a book where nothing “happens.”

A book that will make you feel like you’re going crazy. Lennon handles his unreliable narrator masterfully. Lots of daring ideas, and great language to be had, here. John Lennon has been giving us great stuff for over a decade, and is way under-appreciated in my humble opinion.

Maria Semple is every kind of hilarious. We loved her 2009 debut, This One is Mine, here at 3G1B, but nothing prepared us for the genius of Bernadette. Brilliant, hilarious, endlessly inventive, and compulsively readable, Where’d You Go Bernadette grabs you by the collar and never lets go.

Way back in January, one of my favorite writers got the year off to a great start. If Stewart O’Nan decided to write a phone book, I’d read it. He never disappoints me. See our 3G1B discussion, here: https://threeguysonebook.com/tag/stewart-onan

In my opinion, Truth Like the Sun is Jim Lynch’s best book to date. Fast, colorful, informative, and bursting with life. Set at the 1962 Seattle World’s Fair, this novel is flat-out hard to put down. Bonus: guest appearance by Elvis!

This is the first book I’ve read by Little Brown wonder boy Michael Koryta (they signed him to six books!). Don’t let the embossed thriller covers fool you, this guy can trade blows with the literary big boys. A masterfully paced, skillfully wrought crime thriller, as well as a nuanced exploration of brotherhood.

Jess Walter is one our best novelists, period. Like O’Nan, he never disappoints. He captures uniquely American foibles as good as anybody, with great wit, insight, and daring narrative leaps. Beautiful Ruins is his best book yet, and that’s saying a lot.

As compelling as it is atmospheric, Jonah Man is above all mercilessly readable. This is the kind of storytelling that keeps you flipping pages against your will deep into the wee hours. Narozny writes like an insider. His prose is lean, mean and razor-sharp. And Hogarth is a great up and coming press.

Not much I can say about this novel that I haven’t already said. Read it.

Wilderness is a masterful novel of incident and redemption, hugely entertaining, full of pathos and humanity—frankly, it’s hard to believe that it’s a debut.  Fans of Charles Frazier and Cormac McCarthy alike will thrill at Weller’s luminous prose and clear-eyed moral vision.

Warning: If you’re going to begin reading The Cove, be prepared to miss your appointment and cancel your dinner plans, because it’s one of those books that grabs you from the first page and won’t let go. Rash is a hypnotist, a magician, a conjurer, and that rarest of wordsmiths, a masterful storyteller

Greaves is the sort of formidable storyteller and mean prose-stylist that makes it look easy. With all the grit, suspense, pathos, and thrills you could ever ask for in a crime novel, Hard Twisted will leave you in knots. 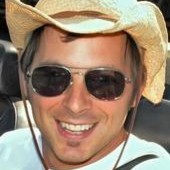 Jonathan Evison is the author of All About Lulu, West of Here and The Revised Fundamentals of Caregiving. He likes rabbits. He also likes being the ambiguous fourth guy in the “Three Guys” triumvirate. He is the founder of the secret society, The Fiction Files (if he told, he’d have to kill you). He has a website, but it’s old. Just google him.

When We Fell in Love – Lane Heymont