Disturbing the Peace by Richard Yates

Shares
I put off reading Revolutionary Road for years. That car on the cover, it haunted me, and then a few years back I picked it up upon hearing the news that it was going to be a movie. A life-changing decision on my part, and I know that is a defining cliché of my generation, to come to something so good so late and then cop to it. I have always been a fan of American realism, whether it is in movies, photography or books, and Yates certainly knows it well.

John Wilder. Is there a more spectacular disaster of a man in modern literature? I’m sure it can be argued, but the first sentences of this book drove me directly to the checkout counter at the Strand:

Everything began to go wrong for Janice Wilder in the late summer of 1960. And the worst part, she always said afterwards, the awful part, was that it seemed to happen without warning.

Right? And over the course of the next two hundred and fifty-pages Yates drags us through the brutal existence of Janice’s husband John. If Roger Sterling from Mad Men were to quit Sterling Cooper Draper (I leave off the last name, as well, that partner died) I suspect Disturbing the Peace is exactly what will happen to him. And since I can’t separate reality from the characters on Mad Men, and I think they actually live and breathe in this world, I feel that this story can happen. Roger Sterling is John Wilder. John, he’s an ad man, selling advertisements for Scientific American, and he’s really good at it. But his love, his pastime, his true achievement is booze. This isn’t Days of Wine and Roses, but much worse. The moment that leads the book off, and will make all married and men in general cringe; is John’s drinking after work and telling his wife that he can’t come home, because if he does, he will kill his her and their son.

It is crazy that I have not read this book. John reminds me of myself, I never wanted to kill anyone, certainly not. But the horrors of work, the mundane brutality, and how cold life can be is something I can identify with. John realizes that life is short and to live it sober would be such a mistake. So he takes after booze like a dog chasing a car, with the same results. Then the book stops cold in it’s tracks and sends him to Bellevue. Things go horribly wrong, like you can’t read on, it’s that horrifying, but you do. The sun comes out, so to speak, and what John has been through should change even the most stubborn man. It doesn’t. There is a caged anger in everyone, some times it’s crazy talk, or violence, or it never comes out. John heaves his life down a bottomless pit and does it with a smile. He takes up with Pamela, a gorgeous younger woman, and I mean, she’s hot, but this is so Roger Sterling. Listen to me, like Roger is the first guy to ever leave his wife for a younger “model”. John mingles with a younger crowd that he meets through Pamela where he is viewed as a kind of antique, but an interesting one. The book takes another detour away from reality and thrusts John into Hollywood, where he is having his life story made into a movie. Again, Roger Sterling is everywhere in this story. Haven’t we all had dreams of grandeur? John begins to hallucinate badly (are there ever any good hallucinations?), his drinking takes hold of his life and we can’t really tell what is real or imagined. John and Pamela are a sweet couple, and I think there is no reason it couldn’t work. Except John is a psychotic drunk. To watch him destroy everything around him, while battling his demons, his ex-wife, the sadness that is his son, or just grinding up against life, is so hard to read. Maybe it was the decade this book takes place, the 60’s. It wasn’t even a post industrial revolution era, but things were changing. Men were ruined by it, wives left to rot, and children discarded.

Yates delivers this story in slick fashion. He doesn’t have any patience for John Irving flights of fancy, or fantastical nonsense. He goes from one horror to the next; almost piling these things on like a greedy houseguest at Thanksgiving. To read this book is to be shocked. It’s been around since before wind, and you should pick it up right now. 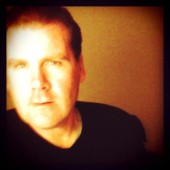 Birds of a Lesser Paradise Video

History of Violence by Edouard Louis